The 7th game of the Oui Title Match

The Oui Title Match had ended today.
The title holder Habu beat the challenger 8-Dan Kimura, and defended his title with a score of 4-2. There was one draw game. 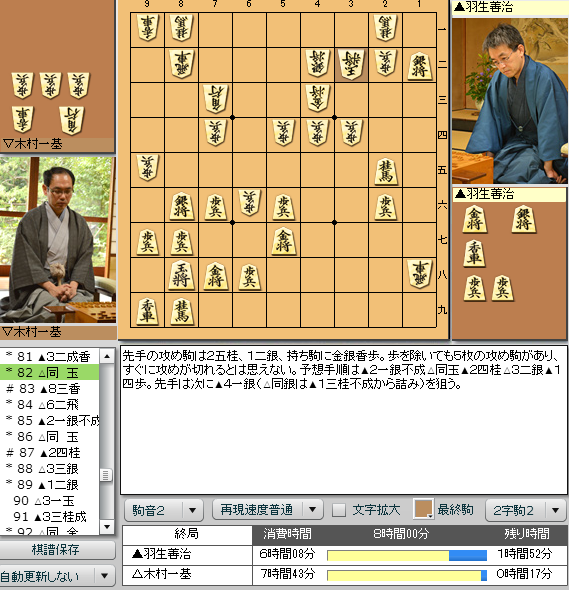 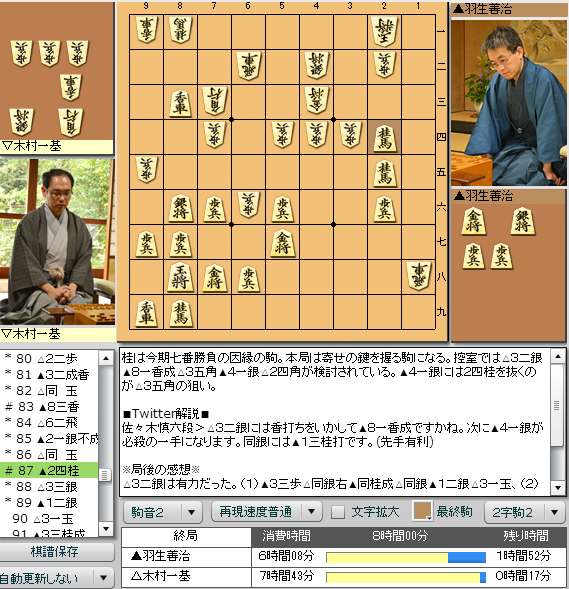 Watching this series, I felt that Habu's endgame skill was better than Kimura's, and in the top title game, precise calculation is required in endgame.