The Ouza Title Match between Ouza title holder Habu and challenger 7-Dan Toyoshima started today. Ouza is one of the 7 major titles, and played as a 5-game match.
Both players have 5 hours of thinking time and each game is played within one day different from Oui Title Match.

Habu had been holding Ouza for 19 years. This is the record for holding the same title continuously. And he has 4 of 7 titles now.


Yagura, Silver-46 Strategy has been played.
You may be surprised that the position is in the endgame already at noon. But, actually, there were several precedents until △S*69. And Habu played a new move with ▲G78-68 against △S*69. I guess he prepared for this move in advance.

It's a complicated game. I'm expecting high level moves will go on from here. 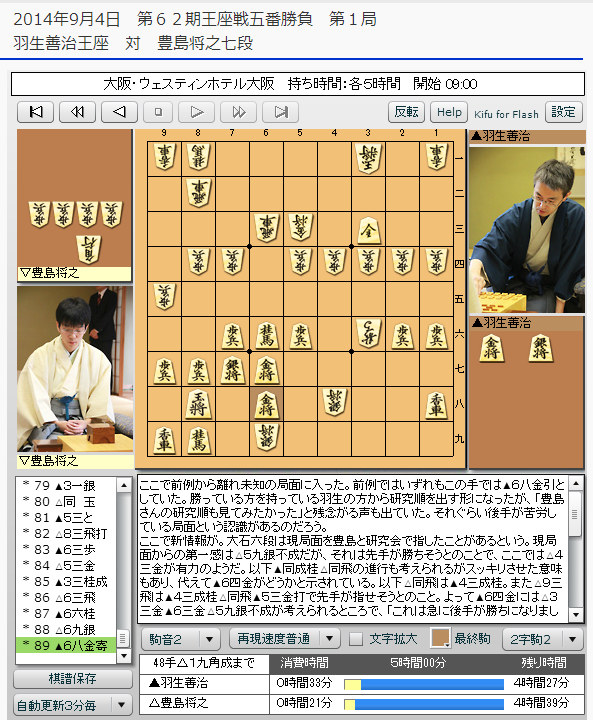